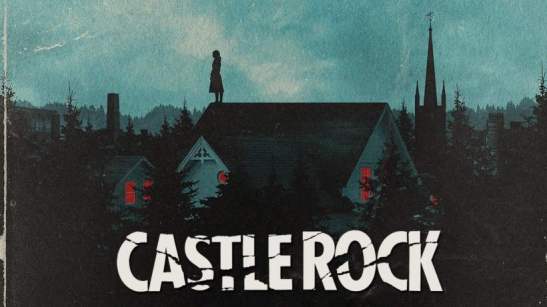 The Gist: Attorney Henry Deaver returns to his hometown of Castle Rock after an anonymous caller tells him of a man found held in a cage deep inside Shawshank Prison unbeknownst to everyone. The man says 3 words: Henry Matthew Deaver and so begins a journey to find out how he ended up there and why he asked for Henry Deaver.

Well, it certainly took me awhile to get through the 10 episode series and not because it wasn’t enjoyable, just finding the time to watch it. So, Castle Rock. King fans are all over this series set in the fictional town created by the man himself. The series is not based off any of King’s books but the fictional town and many small details borrow from his works. In this tale, after the warden of Shawshank Prison retires and commits suicide on the same day, a new warden arrives and has an abandoned part of the prison investigated and a man is found in an almost silo like structure, locked in a cage. It soon becomes clear that Warden Lacey is responsible for putting and keeping him there. Why? Warden Lacy was convinced that the man, known as the Kid, was the devil and should never see the light of day.

I have to say I really enjoyed the mystery around the caged man. He is silent and has the look of a wounded puppy (stuck in a cage for like 27 years will do that I guess) but there is an underlying feeling of something not quite right about him. He is meek but creepy and it seems to be all in the eyes, when that shift from victim to something more sinister happens. Credit to Bill Skarsgård for pulling off innocence and evil, meek and wicked so well.

Throughout the series, malevolence follows the Kid; his very presence invokes anger and discord in those around him (but only when he wills it or so it seems) and the encounters end in violence and murder. Meanwhile, Henry Deaver is trying to deal with a past he can’t remember including the attempted murder of his adopted father 27 years earlier. No, that is not coincidence. 27 years is how the long the Kid was locked in the dark. 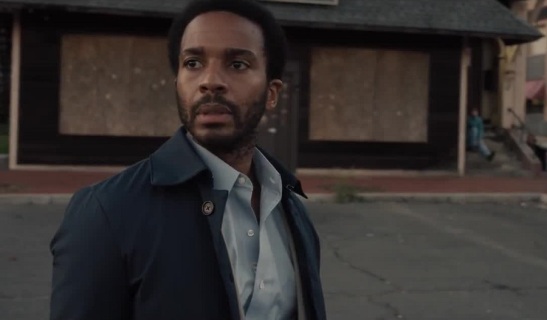 As the show unfolds, we meet Henry’s childhood and still neighbour, Molly Strand, a real estate agent with psychic abilities that she tries to dampen with pills bought from a teen drug dealer. This leads to a creepy courtroom scene with neglected and abandoned children that leaves you feeling sad and unnerved. Ruth Deaver, Henry’s adopted Mother, seems to be deteriorating from dementia but as the story unfolds one has to wonder if she also has some sort of psychic abilities, knowing that the world she lives in is parallel to another life she has lived. But does she really know that or is it the mental illness confusing her mind or is it the Kid whispering falsehoods in her ear. Former Sheriff Alan Pangborn, now Ruth’s partner, does what he can to try to put the Kid back in the hole but the Kid promises he can help Ruth and cure her. And one other notable character is Jackie Torrance, niece of Jack Torrence from ‘The Shining’. She plays a minor role but I have seen it hinted at that she will be the focus of season 2 of Castle Rock which looks like it will be doing the same sort of set-up as American Horror Story – a different story every season.

Final Thoughts: Castle Rock sucked me in right away with the rather interesting suicide method at the start of the first episode and the creepy and mysterious vibe throughout the majority of the series. Many questions were presented about the Kid and who or what he is and why he is in Castle Rock and focused on Henry and his family. Sadly, for me, the story started to fall apart with episode 7 ‘ The Queen’. The episode itself was slow going and while it gave more background for Ruth and Alan and insight into Henry’s father, I felt the story as a whole could have progressed better if over an hour hadn’t been dedicated to Ruth’s story.

The real mind fuck of the series came in episode 9 ‘Henry Deaver’ when the Kid tells Molly that he is from an alternate universe where he is Henry Deaver, a doctor, and he somehow ended up going through a gateway and into the world where he was locked in a cage. His story is convincing as he knows little details about Molly’s life and he is so sad and vulnerable while telling the tale. And then the final episode comes along and I’m feeling let down. It seemed like there were pieces missing to finish the story and it merely jumped without ending some parts of the story to wrap it up without really explaining the Kid and alluding to him, yes, being the devil or something more sinister from King’s ‘The Dark Tower’ series. Could the kid be another version of Randall Flagg, who also appeared in ‘The Stand’. 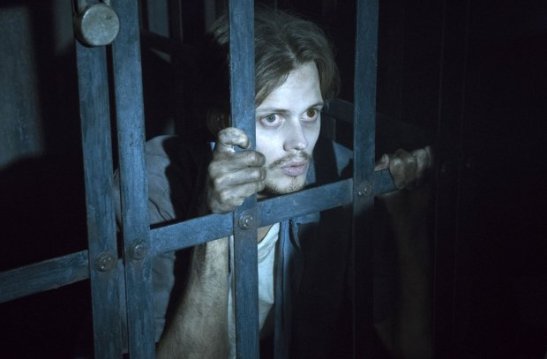 Throughout the series there are other nod’s King’s work: The Shining, Delores Claibourne, IT, and possibly The Dark Tower series as mentioned above, as well as, The Dark Half and Needful Things. There are likely plenty of fan sites devoted to the show which delve deeply into the connectedness of Castle Rock to other King stories.

All in all, an enjoyable show that fell a bit flat with a what seemed to be rushed ending, only briefly (literally seconds) highlighting what creature the Kid actually could have been. Even with the minimalist approach to the Kid, Bill Skarsgård’s was certainly the highlight of the show.