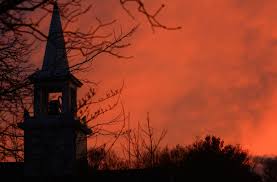 Trying to come up with a clever name for my lead up to Halloween blog posts and this is what my tired mind produced: Halloween Dawning. Because Halloween is dawning and you know, Dawning Creates….Kind of lame, I know but I’m rusty. Anyway, I have a list of movies and shows I intend to watch and review over the next 36 days until Halloween. Only 36 days to go! It’s an ambitious goal to watch even part of it and I do have Shadow of the Tomb Raider to play but I have extra time off this year and I don’t sleep much anyway, so more time to indulge in horror. Here are my intended for the lead up to Halloween. Boo!

The Blackcoat’s Daughter – Been on my list for a while.

House of the Devil – One of several re-watches this season. It’s been awhile and I like the vibe of it.

Happy Death Day – Not usually my type of movie but it looks kind of fun.

Hereditary – Very much on the fence about this one. Might to be too out there for me but we’ll see.

The Endless – Looks intriguing and along the lines of Adam Nevill’s ‘Last Days’.

Patient Zero – Zombie flick not available to October 23; cutting it close but I’m looking forward to it.

The Witch – Another re-watch because I couldn’t follow it the first time. No drinking this time around.

The Quiet Place – Again, on the fence. The premise reminds of the novel ‘The Silence’ by Tim Lebbon.

Ghoul – Netflix series set in a prison camp and weird shit happens with an odd prisoner.

Skeleton Key – Been a long time since seeing this one but it has the Southern vibe to go with rereading ‘The Witching Hour’ by Anne Rice.

The Houses October Built – This may become a Halloween staple for me. For some reason I really like it.

Annabell Creation – Hey, why not. Dolls are just as creepy as clowns.

Hemlock Grove – So cheesy but I didn’t finish the second or third season and Bill Skarsgård.

The Vault – Not too sure what to expect but curious about the horror side of this heist flick.

Strigoi – Watched a trailer for this older flick. Looks like a good horror comedy.

Delirium – A psychological thriller. I’ll give it a go.

Halloween (1978) – Well, of course. It’s been a couple of years and it is the classic for the season.

Halloween (2018) – Lots of good buzz for this one. Really looking forward to it.

A Nightmare on Elm Street – Another classic re-watch.

Texas Chainsaw Massacre – I will shamefully admit that I have never seen this movie. I struggle to watch this type of violence in horror movies which is why I have put it off. Maybe this year I will finally watch it.