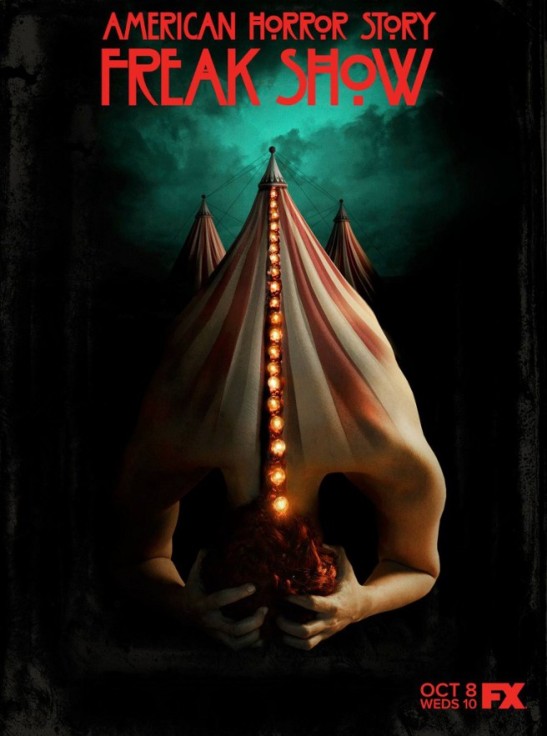 My Take: This week the freak show grows with the arrival of two new characters: Michael Chiklis as Dell Toledo (The Strong Man) and Angela Bassett as Desiree Dupree (the Hermaphrodite).  With the arrival of Dell comes a new order to the freak show as he is now the barker and going to run things his way.  This doesn’t go over well with Jimmy and Elsa is upset when she is put on the bottom of the playbill, next to The Geek.

Dell has decided, against Elsa’s wishes, to have a matinée because  there is a curfew in place due to the rash of recent murders.  The headlining act for the first matinée is Dot and Bette and we discover that Dot is a great singer much to the dismay of Elsa it seems.  The twins are both clearly smitten with Jimmy and I sense some growing jealousy there.  We also learn that Ethel (the Bearded Lady) and Dell have a past connection (is he Jimmy’s father?) and that he was going to kill baby Jimmy to keep him from suffering humiliation all of his life.

Later, Jimmy and others head to town to assert themselves as just regular people but it goes horribly and Dell beats the shit out of him.  There is also a sequence where Jimmy and two others dig up the body of the cop they killed and Jimmy presents Elsa with his badge, saying he is a real man who can take care of the freak show and they don’t need Dell.

Lastly we have the Clown, Twisty.  So creepy.  In last week’s episode we were introduced to a wealthy young man, Dandy (Finn Wittrock), who is a sadistic man-child and his mother Gloria (Francis Conroy), who treats him as a spoiled child, catering to his every whim.  Well after Dandy is denied becoming a member of the freak show (he believes it’s his destiny) he returns home to find that Gloria has hired a clown for his amusement.  Yep, it’s Twisty but he doesn’t kill Dandy or Gloria.  We watch the interactions between the pair and it becomes very clear that the two of them are of the same ilk -crazy killers. 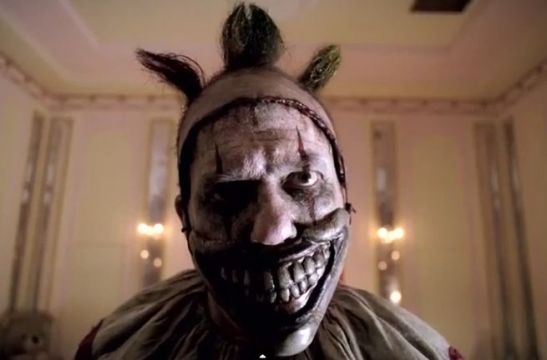 Final Thoughts:  Episode 2, Massacres and Matinees was just OK.  The bad accents from Elsa and Ethel are annoying and I prefer to not hear them talk.  The introduction of Dell and Desiree should be good to add some strife among the freaks.  And Twisty was the best part again and we got to see what is under the mask over his mouth.  Gross and disturbing.  I’m not surprised that he and Dandy are going to be kill buddies and I feel even more sorry for Twisty’s captives.

This entry was posted on October 16, 2014 by Denise in 31 Days of Halloween, Reviews, T.V. Reviews and tagged AHS, American Horror Story, Freak Show.