My Take: London has been decimated by a deadly virus that causes the infected to lose all humanity and function on a very primal level, attacking, maiming and infecting the non-infected.  Some people call this an early example of the fast zombie in movies but are they really zombies?  That’s a personal judgement to make.  The flick begins with a brief scene in an animal experimentation lab as a group of activists free the primates that are being subjected to horrifying experiments and drugs.  Unfortunately their good intentions are misguided as they release a chimp infected with the rage virus and it slaughters one of them.

We jump from there to a sunlit hospital room and a full frontal nude image of Jim waking up from a coma 28 days after the incident in the lab.  Talk about disorienting – waking up in a hospital that is silent and devoid of any life and then wandering the streets of London and facing the same thing.  There is no one anywhere except for walls plastered with posters and notes to loved ones.  Creepy.  As Jim continues to try to make sense of this seeming exodus, he goes to a church and finally encounters living people but they are infected, which he still doesn’t understand, and he ends up running for his life and being saved by two masked figures.  He finally finds out what has happened in the 28 days that he was sleeping and you feel his confusion as he tries to accept something that seems so unreal. 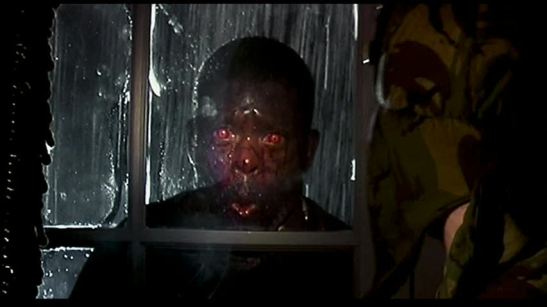 Jim and Selena (one of the masked saviours) meet up with Frank and his daughter Hannah and they make their way to what they hope is a sanctuary that will offer protection and shelter from the infected.  It is not as advertised.  The old estate does offer protection and has been well secured by the handful of army guys that have set-up shop there but their motives toward Selena and Hannah are less than gentlemanly.  It’s now Jim’s turn to be the saviour and accept the new reality of killing to survive to help Selena and Hannah get free of these monsters in disguise. 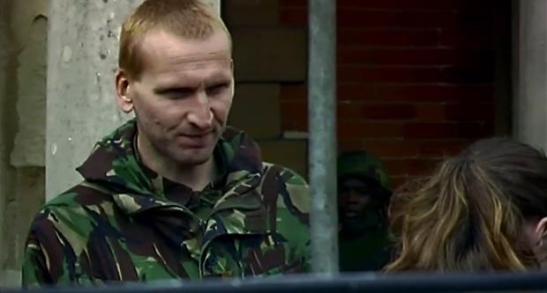 Final Thoughts: I wasn’t overly fond of this flick the first time I saw it but after giving it another shot, I really enjoyed it.  I wasn’t sure how I felt about the back half of the movie when they meet up the soldiers but after seeing it again, I understand how much better it works than the original ending.  The infected were sufficiently disturbing with their red eyes and the speed at which they run down the uninfected.  The way that the story is told using Jim’s perspective lets the viewer feel his disorientation at being caught at the end of the outbreak and thrust into the desolation left behind and trying to adjust to this new reality.  28 Days Later is a good apocalypse movie and a good flick to enjoy as we get closer to Halloween.

This entry was posted on October 15, 2014 by Denise in 31 Days of Halloween, Movie Reviews, Reviews and tagged 28 days later, infected, Zombies.