First Impressions: Salem is 3 episodes in and thus far, it is pretty good.  As the title suggests, Salem takes place in Salem, Mass. at the start of the witch trials that sparked paranoia, fear, murder and a community turning on its citizens under a threat, led by the word of God, of Satan worshipping witches.  While the true history of the Salem witches was hype and there is no evidence of supernatural influences during that time, the series is taking a very decidedly supernatural approach and portraying the witches as being in league with dark forces from the netherworld.

The series is manipulating history and it’s becoming an interesting tale with some facts mixed in.  It’s kind of a toss up whether or not to dislike the main character Mary Sibley. While she is orchestrating the murder of innocents as sacrifices and because she feels betrayed by her lover John Alden and saw the torture, humiliation and injustice that was inflicted on others in Salem for merely being human, she can also be seen as a kind of sad character because of her feelings of scorn and not being able to let go of the past.  What I’m wondering is how long the storyline can be stretched out beyond one season, let alone the second one that has already been confirmed. 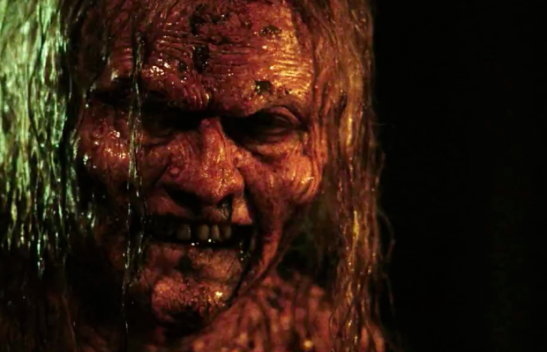 Final Thoughts:  After all that babble above, Salem is proving to be an interesting foray into witchcraft as it mixes history with supernatural fiction.  It’s not nearly as intense as I’m making it sound but it is a good and dark drama with a touch of sexy horror.  Check out that babe above.

This entry was posted on May 11, 2014 by Denise in Reviews, T.V. Reviews and tagged Horror, Salem, TV, witches.