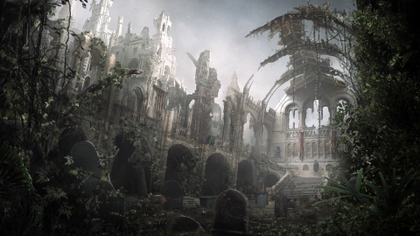 The first steps were slow as my body groaned from the accident and lying in the cold all night.  I went to Tony and looked down at his closed eyes, his face a mask of peace, not one of the horrors he had faced in the last hours before dying.  If I hadn’t known better, I could have believed he was just asleep.  It didn’t feel right to just leave his body there exposed to the elements in the dank cave, so I took the blanket from my pack and draped it over him; a crude funeral shroud.   I silently apologized for letting him die, taking a moment to feel the regret of all that had happened.  Standing on unsteady legs I walked away, slowly getting my momentum and stretching the pain away as I headed up the incline to where shallow light was coming through the makeshift door of branches and rocks.

Cal, Marla and Hunter stood at the opening, waiting for the rest of us and mentally preparing for what we were going to encounter on the other side of barrier.  I felt a pang of distress seeing Hunter with a gun strapped to his hip and ready to face a horde of hungry zombies.  The sorrow mixed with a sense of loss knowing his childhood had been shattered by being plunged into a reality that included monsters and killing to survive.  I pushed the feelings aside and let myself be grateful for another gun hand and that Marla wasn’t going to try to shield him from this hell.

I stood with Marla on my left, Heidi joining us on my right, weapons in hand and ready to fight.  I could feel the others gathering behind us and turned to see the older couple, the younger couple and the boy placed between them, everyone looking scared but all were armed.  No one spoke as the sun lit up the morning, the rays pushing through the branch covered opening.  A new dawn was approaching and I didn’t for one moment have the illusion or focus on the metaphor of ‘a new dawn, a new hope’.  It was a fresh day but as I pulled a couple of the branches aside and looked at the woods, my heart dropped to see sun illuminating a blood covered forest and the shambling movements of the zombies.

The gathering horde was already making their way toward the cave and we were more than slightly outnumbered.  All hope was truly gone and I didn’t really care anymore.  Heidi grabbed my hand, gave it that reassuring squeeze again and took a battle stance like a warrior ready to fight her last fight, make her last stand.  I looked from side to side at my comrades, then let my gaze rest on Heidi.  If only we were in a different place and time.  Yeah, easy to say as the world dies and making declarations of love are pointless.  Marla stood just a step in front of Hunter still protecting him but not enough to impede his ability to draw and shoot. All I saw in her face was anger and Hunter surprisingly mirrored his Mother’s expression. The little man was about to be a little warrior.

I prayed to whatever deity was watching – Jesus, God, Zeus, – that Hunter would live to fight another day and maybe see the world without fear of being attacked and devoured by shambling monsters.  I didn’t know if the world was even as gone as I imagined it was; I didn’t know but I wanted Hunter to be a strong boy and become a strong man.  I could see the strength of a man behind the child’s face.  Children are the future and this little man was going to kick ass and make that future his bitch.

I chuckled a little at that thought.  My mind was cracking and the others knew it but didn’t bother with being concerned about me.  The zombies were coming.  This was either going to be my last fight or my greatest one.  We were heading toward an impossible enemy and I wanted to keep an image of myself as a strong leader but instead a picture of a Spartan warrior like in 300 popped up in my mind’s eye.  Another short burst laughter escaped me before I stubbed it out and pulled my gun.

I took one last look over my companions, then nodded in both directions and looked forward, not squinting from light shining in my eyes and proudly donning a maniacal smile.  I was a good soldier even when I was a deserter and turned my back on my army but not on my fellow survivors.  The silence that had enveloped us slowly slipped away as the groans of the dead got closer grew louder.  I stepped forward and pulled away the branches to show the full sun upon the weary and frightened faces of the people I was counting on to help me wage what may be one final battle, this last attempt to bury the dead for good and help me be that good soldier once more.  I pulled my gun and led the charge into the last sunrise. 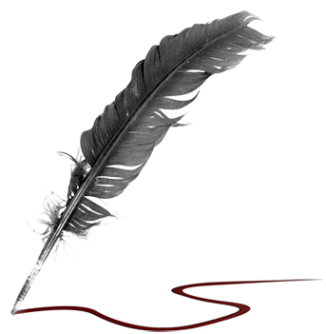 This entry was posted on March 3, 2015 by Denise in Writing and tagged A Good Soldier, Denise Pasutti, Shamblers, Zombies.