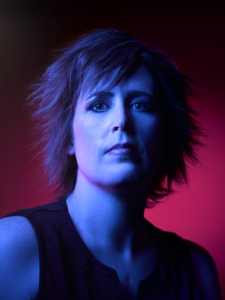 After reading “Omens”, the latest release from Canadian writer Kelley Armstrong, I decided to give some of her other work a try.  I read ‘Bitten’ when it was first published and well before it was made into a TV series but I never pursued any of her other work.  So when I stumbled across the short story ‘Life Sentence’ in the zombie anthology, “The New Dead” I thought I would see how she handles short form .  And I swear I have more short stories book, not just this one but it has some really good stories in it.

‘Life Sentence’ appears to be set in the Otherworld that Armstrong has set many of her other books in where warlocks, vampires and zombies do exist and are known about by the general public.  Billionaire Daniel Boyd is dying and that is unacceptable.  With the help of his ever loyal assistant, Shana, Daniel will find a way to circumvent the cancer that is destroying his body and live forever.  Vampirism is out because of the low success rate of being turned but zombification seems like a viable solution if he can find a scientist who can alleviate or eliminate the nasty side effects of decay, mental incapacity and loss of free will; he doesn’t want to be at the mercy of or controlled by a Bokor.

The story moves forward as Daniel and Shana search for the perfect cure and encounter one charlatan after another.  Even with some of the questionable and illegal things that Daniel asks of Shana, she remains loyal until the perfect cure for death is found.

Armstrong brings across Daniel’s arrogance and disregard for human life, other than his own, believably and when he gets his comeuppance you are left satisfied with the conclusion.  While I liked the story and I like Armstrong’s writing, it wasn’t scary or truly suspenseful.  Armstrong did tell a complete story with complete characters but it was lacking any components of real horror or unsettling elements.

This entry was posted on February 24, 2014 by Denise in Book Reviews, Reviews, Scary Shorts and tagged Kelley Armstrong, Otherworld, The New Dead, Zombie.