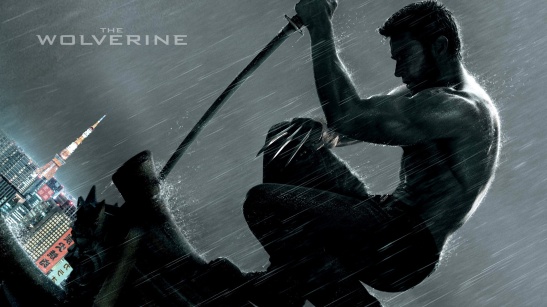 The Gist: Summoned to Japan by an old acquaintance, Wolverine becomes embroiled in a conflict that forces him to confront his own demons. (IMDB)

My Take: One of the best X-Men has returned and this outing is far better than the previous one.  Logan has been living in seclusion in the mountains following the death of Jean Grey.  One night after the senseless killing of his buddy, the Grizzly Bear, Logan heads into town to get vengeance but is stopped by a cute, kick ass young woman Yukio.

Logan is off to Japan to bid farewell to a man, Yashida, he saved during World War 2 but of course it’s not that simple.  Yashida wants to free Logan of his immortal torment by making him mortal so that the old fellow can have Logan’s ability to live forever.  Even if you were sick of living, would you give up your ability to be immortal, to heal instantly?  I think not.  So that is the basic premise for the story which also involves Yashida’s granddaughter Mariko whom he is leaving his empire to, angering his son.  This sets it up nicely for Logan to get cozy with the beautiful young woman while protecting her.   Throw in Logan’s recurring visions of the dead Jean Grey and an unnecessary female mutant villain named Viper (she is a poisonous creature) and you have a superhero movie.

Final Thoughts: Wolverine is probably my favourite of the X-Men with Gambit a close second.  The story of Wolverine’s isolation and finding a new appreciation for who and what he is was well told.  The character of Viper, however was needless.  They could have used a non-mutant character but at least we get to see her in a different green outfit in nearly every scene.  And I must add that Hugh Jackman looks freakin’ amazing in this flick.  Just look at that body. Wow.  All in all, this was a good movie and I think more people should go and see.  Good story, good action.

This entry was posted on August 1, 2013 by Denise in Movie Reviews, Reviews and tagged Hugh Jackman, Logan, The Wolverine, X-Men.