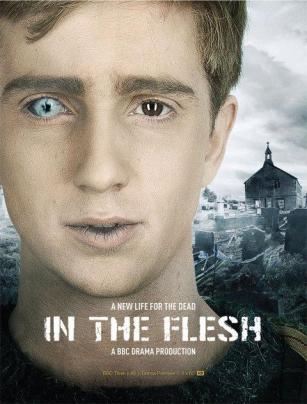 The zombie apocalypse has come and gone and the world is returning to a quasi semblance of normality for the living and rehabilitation for the living dead or those with Partially Deceased Syndrome (PDS).  That’s right, zombies are in rehab to learn to become human again and be reintegrated into society.  The 3 episode first season or series (it’s British) follows 18-year-old Kieran Walker who was resurrected during The Rising and is now preparing to leave rehab and rejoin his family in a small English village.  The villagers are none too pleased about the reintegration of Rotters in their community and this animosity has led several families to keep the return of their partially deceased loved ones a secret, for fear of violence from the HVF.  The group is a civilian enforcement faction who helped keep peace by killing Rotters during The Rising and continue to keep the mentality that the only good Rotter is a dead Rotter. 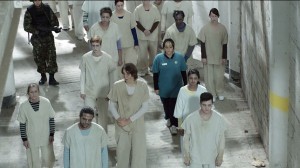 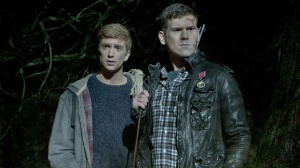 This was brief introduction (3 one hour episodes) to a dramatic and engaging new series that takes a different approach to the zombie apocalypse – from the view of the zombie.  There’s some gore, it’s vivid but sparse, and Kieran’s Rotter buddy Amy lends some comedic support.  The make-up effects are really well done and when Kieran and the others are not wearing their contact lenses or cover up, they look pretty damn creepy.  Series 2 is slated to be out in 2014.

This entry was posted on June 24, 2013 by Denise in Reviews, T.V. Reviews and tagged Rotter, Rotters, zombie apocalypse, Zombies.