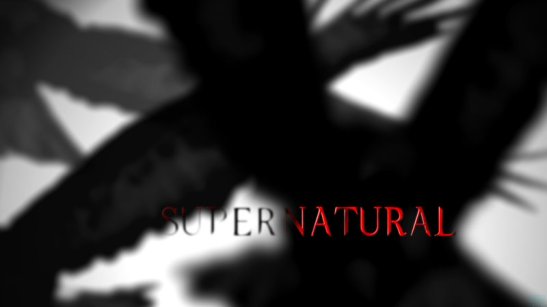 This is my favourite season by far, which makes it hard to write about my favourite episodes since there are so many.  I’ve decided to divide this season into two posts and here is Part 1.

Lazarus Rising (S4, E1): When we left our heroes at the end of Season 3, Sam had faced Lilith and come out unharmed from her light attack and dear Dean was dead, torn to pieces by Hell hounds and seen screaming in Hell, bloody and chained.  The Season 4 opener brings us to a field where Dean is buried and alive forcing him to crawl his way out.  He makes it to deserted gas station where he is overcome by a glass shattering high-pitched noise.  He then heads to Bobby’s and must convince the hunter that he is not a demon or any other baddie.  From here, the pair go on a search for Sam who has been MIA, hunting on his own and keeping busy with a pretty woman who turns out to be Ruby 2.0 (Genevieve Padalecki).  Sam tells Bobby and Dean that he didn’t get his brother out of Hell because no demons would make a deal with him, not willing to give up the soul of Dean Winchester.  So how did he get out of Hell? The trio head off to a psychic, the saucy Pamela (Traci Dinwiddie).  She summons the being that pulled Dean from Hell, he even has a red hand print scar on his arm, and ends up having her eyes burned from her skull after she looks upon its face.  Later that night, Sam leaves Dean sleeping in the hotel and meets up with Ruby. Dean and Bobby sneak off on their own and head to an isolated barn and deck it out with all kinds of wards and sigils and summon the being again.  A flesh and blood man enters the barn and when Dean stabs him with the demon blade nothing happens.  The man touches Bobby’s forehead, rendering him unconscious then identifies himself as Castiel, an angel of the lord.

Why it’s good: Ahh….Dean is back from Hell and there are angels and lovely Castiel (can’t wait to meet Misha Collins)

Are You There, God? It’s Me, Dean Winchester (S4, E2): Hunters are dying from exploding hearts and Sam, Dean and Bobby are not immune.  The trio hole up in Bobby’s house and soon find out that the ghosts they are seeing – like Meg, Agent Henrikson – are apart of a ritual that Lilith has performed to bring back the very pissed off ghosts of people that Hunter’s failed to save.  After they break the spell, Dean gets a dreamy visit from Castiel and discovers that the ritual, The Rising of the Witnesses, is one of the 66 seals.  There hundreds of seals holding Lucifer in his cage in Hell and if Lilith breaks 66 of them, Lucifer will be free.  We also get to see Castiel bitch slap Dean a bit too.  Dean berates the angel for not helping them out and Castiel plainly states “I was the one who pulled you from Hell, I can put you back.”  What happened to that hard ass angel?

Why it’s good: We learn about Lilith’s plan to free Lucifer and the 66 seals as well seeing some old faces return such as Meg.  And bonus, we see Cas telling Dean what the score is with the angels and slapping him down for being a bitch. 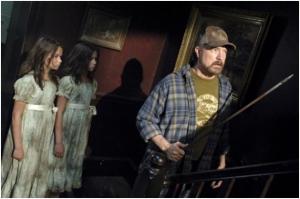 In the Beginning (S4, E3): Dean wakes up on a park bench and soon discovers that he has been zapped back to the past, shortly before his parents married, and he quickly stumbles into both of their lives.  He then meets his Grandparents and hunts with his Mom.  Yep, Mama Winchester was a hunter and her family, the Campbell’s, comprise generations of hunters.  It really all started with Mary, not John’s pursuit of the Yellow Eyed demon.  Oh and it gets better.  Mary made a deal with Yellow Eyes after he possessed her Dad and killed John – he would come to her in 10 years and she is not to interfere with him when he does.  She makes the deal and John is alive again.  As we all know the deal involved Yellow Eyes infecting Sam with demon blood and she did interfere and died for it.

Why it’s good: We meet John before he turned militant monster hunter and discover that mama Mary was the true source of the family’s demonic troubles.  Bonus: Mitch Pileggi as the boys’ Grandpa. 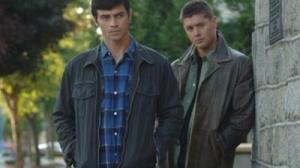 Monster Movie (S4,E5): Supernatural does comedy well while still mixing in a serious side.  This all black and white episode finds the boys in Pennsylvania following reports of a vampire attack.  It was a vampire alright, like Dracula vampire, not like Gordon vampire.  This is followed up with a wolf man werewolf attack and a mummy rising from a coffin to kill.  You can see why the title is Monster Movie.  They eventually find out that it’s a shapeshifter with a penchant for old horror flicks behind the killings and he is in pursuit of his Mina; who just happens to be smitten with Dean.  Sam rescues them and the boys journey on.

Why it’s good: I like the episodes that delve into humour and keep the horror.  I also enjoyed the black and white presentation.

Yellow Fever (S4, E6): The start of this episode is pretty damn funny as Dean runs through the night and all you can hear are hell hounds.  But as he continues to run we get to see the vicious dog and it is the cutest, little thing ever.  Perfectly healthly men are dying of heart attacks and Dean and Sam are on the case to find out what is causing the sudden deaths.  Shortly after they arrive, Dean starts acting strange, sketchy and jumpy and they find out, with Bobby’s help, that the victims and now Dean, are all suffering from ghost sickness; oh and all the infected are dicks. Some humourous hallucinations and a very good cat scare follow as the boys try to cure Dean.

Why it’s good: Again, humour and horror mesh well.  Scroll to the bottom to see Jensen Ackles singing Eye of the Tiger.

It’s the Great Pumpkin, Sam Winchester (S4, E7): Finally, a Halloween episode.  As I mentioned in Season 3, Supernatural doesn’t touch on holidays often (yes, Halloween is a holiday) but here we have the boys investigating unusual deaths -razor blades, many blades, in candy – and meeting Uriel the angel who is a total dick and has no love for humans or mud monkeys (his words for humans).  Shortly after the boys arrive in the town, Castiel and Uriel show up to tell Sam and Dean that there is a witch in the town who is going to raise the demon Samhain, breaking another one of the seals.  The angels tell them to stop the raising, quickly, or they are going to explode the town.  Well, they are going to do that regardless but Dean puts on his big boy pants and commands them not to.  Cas is showing his softer side and agrees to let them try to stop the witch.  They fail but Sam exorcises Samhain using his “abilities.” Cas and Dean have a quiet chat in the park and Cas tells him that it was a test of what Dean would do and that him and Uriel were told to obey his orders.

Why it’s good: Robert Wisdom is wonderful as Uriel, the angel who has little contempt for humans and bashes heads with Dean.  I also like Sam’s reaction to the angels.  In Season 2, Houses of the Holy, we found out that Sam believes in God and angels and we feel his disappointment when he finally meets angels.

Why it’s good: Again, the humour and absurdity that the story presents is so well executed that it avoids being cheesy and campy.  We also get a confession from Dean that he remembers everything that happened in Hell but he refuses to talk to Sam about it and relive it.

Here’s a bit of fun; Jensen Ackles singing Eye of the Tiger from the Yellow Fever episode

2 comments on “Supernatural Season 4 – Best of the Best Season”