My Take: This movie seems appropriate to tip my hat to St.Patrick’s Day; I’m not Irish but hey, “it’s St. Paddy’s, everyone’s Irish today.”  I first saw this flick in snippets while in college and finally picked it up a couple of years later, now, I have watched it well over a dozen times.  I would like to say that it is the brother’s bond and their mission to rid the world of bad men that drew me in but that would be a blatant lie.  It was Sean Patrick Flanery and Norman Reedus; these two lads are certainly easy on the eyes and they can act too.

Alright, alright, that may have been the original draw but after watching the whole movie, it was the brothers bond, the humour and their relationships with Rocco, Smecker and Il Duce that made it a good movie.  I love a good action flick and, don’t judge me, watching their murder rampage is entertaining as they take out the bad guys and surely save many lives in the process.  And why do they follow the path of justifiable murder, I think they had a religious experience?  After the big brawl and after they turn themselves in claiming self-defense, they both awake in the middle of night with a clear vision of what they need to do.  The roller coaster ride of violence flows from there with a huge battle (there was a fire fight!) and a nearly fatal confrontation with the deadliest mob assassin in Boston, Il Duce. 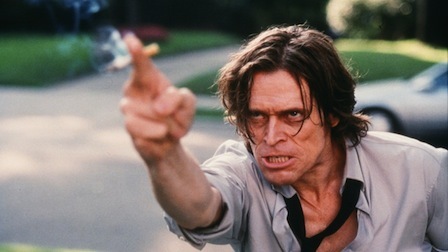 Final Thoughts: This is one of my favourite movies.  The brothers are hot and have lovely matching ink, the story is good with pop culture references and humour and the casting is well done.  I’m not going to review the sequel, The Boondock Saints II: All Saints Day (2009) because I was very disappointed and I didn’t like it.  The story was too similar and the new supporting characters were nearly identical to the old ones.  I’ll agree this isn’t for everyone but I found it quite enjoyable and just love Norman Reedus (even before he was Daryl Dixon) and Sean Patrick Flanery.  Now, I just need to get to Fan Expo 2013 and meet them both.