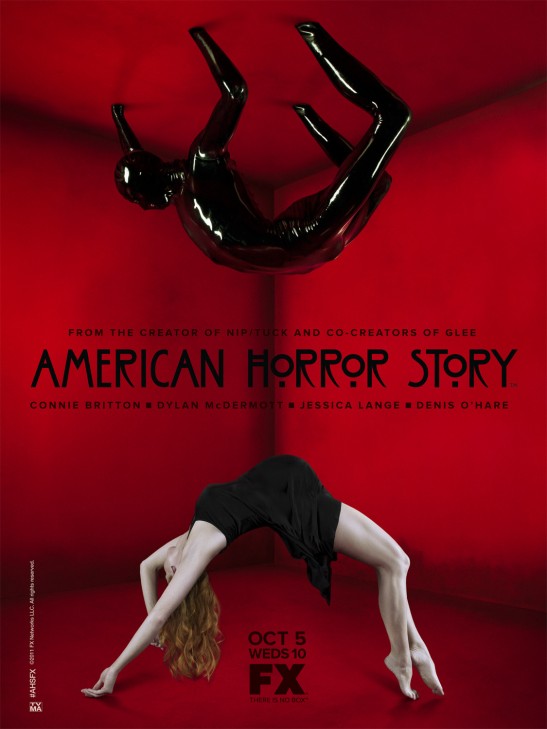 The Gist – A couple and their teenage daughter move into a haunted house in San Francisco…seriously that’s about all I’ve been able to put together about this new series debuting on FX on October 5.  From the imagery it looks totally bizarre.  The Rubber Man, as pictured in the above advertisement, is a character in the series; to what capacity remains to be seen.  From the little I have read and seen in trailers, it kind of looks like a haunted house mixed with Twin Peaks.  But we shall see.

The Haunted & Haunters – Leading the cast is Dylan McDermott and Connie Britton playing Ben and Vivien Harmon, the couple who move into the haunted house along with their daughter Violet Harmon played Taissa Framiga.  Taking on co-starring roles are well known actors such as Jessica Lange (playing Constance), Denis O’Hare (as Larry the Burn Guy) and Frances Conroy (Housekeeper).

Why am I looking forward to this?  Well, just look at the imagery!  Totally freaky.  It’s worth checking out the 10-20 second sneak peeks on IMDB: http://www.imdb.com/title/tt1844624/videogallery.  I can not wait to check this out.  October is already the best month of the year but with shows like this and the second season of The Walking Dead to look forward to…I love it!