Where is the time going. February is nearly half done and I’m late to getting to the movies of 2017. So, here is the list of what I’m looking forward.

John Wick: Chapter 2 – February 10 – Well, the first one was good and there have been plenty of good reviews for the follow-up.

Patient Zero – February 17, 2017 – Super virus. Highly intelligent infected with a special language and a search for patient zero. Add in some decent casting with Matt Smith, Natalie Dormer and Clive Standen and it may have potential however, I’ve heard very little about this movie including where it is available to see. 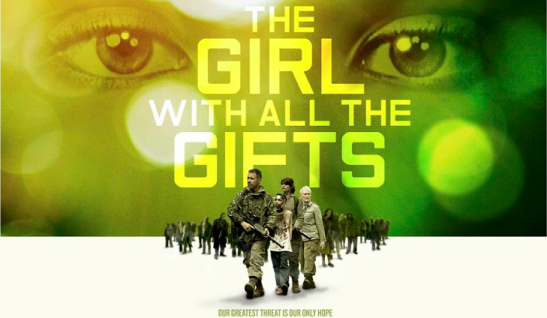 The Girl with All the Gifts – February 24, 2017 – Read the book, which I enjoyed so I’m curious to see how it translates to film.

Logan – March 3, 2017 – Grizzled old Logan. This looks like it will be the best one of the bunch as far as Wolverine movies go.

T2: Trainspotting – March 3, 2017 -21 years after the original was released, it’ll be interesting to see how they mature these characters and if the follow-up maintains the gritty edge of the original.

Kong: Skull Island – March 10, 2017 – Not usually my kind of movie (something about giant, talking, thinking gorillas bugs me) but the trailer for this makes it appealing. Have to see what the reviews say.

The Belko Experiment – March 17, 2017 – People locked in at work, forced to kill one another….office work is a bitch. Violence bred by the instinct to survive and the bending of people’s morals and conscience. Would you kill to save yourself?

Guardians of the Galaxy Vol. 2 – May 5 – Probably more of the same as the first movie but there’s nothing wrong with that plus, little Groot.

King Arthur: Legend of the Sword – May 12 – A King Arthur flick directed by Guy Ritchie and starring Charlie Hunnan should be a great. Add in an impressive cast and Charlie Hunnan shirtless, nothing wrong with that. Let’s hope the best part of this isn’t the trailer.

The Dark Tower – July 28 – It’s unclear which books of the Stephen King Dark Tower series are going to be in the first movie but from what I’ve seen, it kind of looks like it will meld The Gunslinger and The Drawing of the Three. I’ve read the first 4 books of the series and am in the process of going through the series completely. Really like the casting of Idris Elba and Matthew McConaughey and I this is one of the rare good Stephen King adaptations.

IT – September 8 – Another Stephen King based movie. Loved the book and while the TV movie tried to bring the story to life it hasn’t held up over time (just realized that I have it on DVD). Hopefully the movie is as good and creepy as the book.

Murder on the Orient Express – November 22 – An updated adaptation of an Agatha Christie classic. Love her books and most of the previous film/TV adaptations that I have seen have been good.