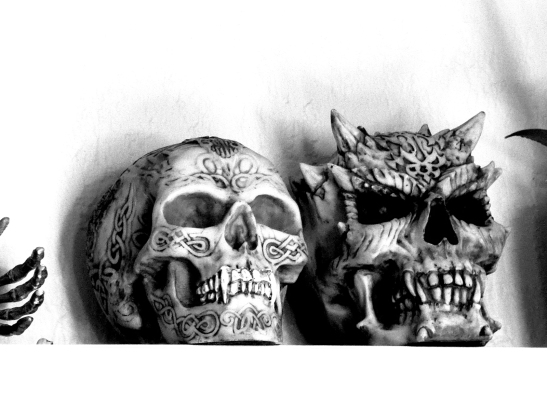 So yes, it has been awhile since I posted anything. Busy lately. Here’s a rundown of what’s been occupying my time.

A Good Soldier: It is only a few chapters from completion. I have a couple done that need to be edited plus about 3 or 4 more to write. It’s going slowly but not far my mind

Death Rattle: Yet another attempt at a vampire novel but for this one I’m doing it for Nanowrimo and it’s actually progressing quite well. Probably because it’s Nano and I’m just focused on writing to write and get the story out of my head. Perhaps that’s how I should be writing all the time?

The Lesser Dead by Christopher Buehlman: I have about 100 pages left in this vampire tale set in late 1970’s New York. The story is told from forever 14-year-old Joey Peacock’s perspective as his tunnel dwelling life is turned upside down by the discovery of 6 child vampires murdering indiscriminately. I quite like this book and the diversity of characters Buehlman has created.

Positive by David Wellington: Another zombie apocalypse novel that I picked up after reading the back cover and thought it would be good. I’m not sick of apocalypse novels yet but this one was not great. I have read Wellington’s vampire books and one of his werewolf tales and I like his work however, this one had repetition of sentences and descriptions that I don’t think were intentional. The characters were not interesting and the story just felt hollow and emotionless. I don’t recommend this one.

A Head Full of Ghost by Paul Tremblay: Reviewed on this site. I didn’t think too highly of it.

The Ritual by Adam Nevill: I hadn’t read any books by Adam Nevill and I thought this would be an interesting one to try. I think it’s his first novel (don’t quote me on that) and I had mixed feelings after reading it. I liked it but it felt like something was missing. I did appreciate his call out to death/black metal naming some of the bands I listen to and somewhat mocking the black metal teen culture. I liked the ambiguity of the evil as well. This is one I will read again to get a better grip on it.

The Deep by Nick Cutter: I don’t know why I keep reading books by this man. I keep trying to like his writing and he is a good writer, it’s just his stories are so bland and too familiar. The Troop reminds me of The Strain, The Acolyte reminded me of Equilibrium and this one reminded of Event Horizon under water. Maybe it is because he is a good writer that I keep trying to like his work. I kind of wish his books weren’t so similar to things I’ve read/seen before.

Assassin’s Creed: Syndicate (PS4): Twin assassins tearing through Victorian London dressed in style and carrying sword canes. Hell yeah. I’m about 20% through the game and so far it’s really good. Shades of Unity but better gameplay and a better story line. But not as good as Black Flag.

The Evil Within (PS4): I started playing this again in September and got to Chapter 11 before Syndicate came out. I love the atmosphere of this game – creepy, scary and it did make me jump at points and give me some of anxiety that I felt playing The Last of Us but there are points that are just so frustrating because you have to die a couple of times before you figure out the trick to passing that point. Great game but it needs to dumb down (again) for someone like me.

Wyrmwood: Road of the Dead: After watching the trailer I thought this would be good zombie apocalypse movie but it was kind of disappointing. All of the good parts were in the trailer. I would say pass on this one.

Final Girls: A very meta horror comedy where a group of friends are somehow transported into a cheesy slasher movie. Watch the trailer and it will make more sense. This was a good movie and I highly recommend checking it out. Funny and somewhat gory.

Tales of Halloween: A Halloween anthology somewhat in the same way of Trick ‘r’ Treat but not as good. It wasn’t bad but some of the 10 tales (yes there are 10 tales interwoven and directed by 10 different directors) were not interesting. But it was Halloween so it helped to create the mood.

Jurassic World: So this was Jurassic Park with 20 years of advanced effects to polish it up and make it look pretty, like Chris Pratt. It was what it was: entertaining but not overly engaging.

Mad Max Fury Road: This was probably the best movie of this year. I saw it in theaters and bought it as well. It’s pure action, hollow dialogue and the story is whatever but it’s awesome in the effects, the over top scenes and pure action. Very Chrome.

Arrow: I have to say this show is taking an interesting turn so far this season by really pushing the supernatural/magic elements. I don’t think they have done in the past seasons. And I like. The new villain Damien Darhk is great (love Neal McDonough and he is great in this role) and of course, the last episode with Constantine was my favourite; Matt Ryan is perfect for that character and I hope he has more appearances (bring back Constantine!) I can’t stand Laurel though. They should get rid of her and make Constantine a regular.

The Bastard Executioner: Kurt Sutter’s new show started out very poorly. The first couple of episodes were not very interesting and it is getting better but this is the kind of show that is good for background noise while writing. I really do like Stephen Moyer in his role of sleazy, slimy adviser Milus Corbett.

American Horror Story: Hotel: I started watching this and while it’s not great I am enjoying it more that last year’s Freak Show. I heard Hotel was supposed to be more like the first season and in some respects it is but the rape in the first episode disappointed me. Why go there? I can’t see any point to it. In some ways the story, one of the two main ones, reminds me of The Hunger. I don’t really like Lady Gaga and every scene with her feels like a music video. But this is another show that serves as background noise while writing.

The Walking Dead: This season will be the one to redeem it and make it the great show that it’s supposed to be. Well, that’s the direction it was heading until the last episode which was a big disappointment since it was 90 minutes. 90 minutes of therapy we didn’t need. Hopefully it gets back on track this week. The first few episodes have been great with lots of action and plenty of death and gore. Carol is defiantly becoming one of my favourite characters.

This entry was posted on November 7, 2015 by Denise in Musings and tagged Denise Pasutti, listening, playing, reading, watching, Writing.