The Gist: In a California desert town, a short-order cook with clairvoyant abilities encounters a mysterious man with a link to dark, threatening forces. (IMDB).  Based on the novel by Dean Koontz.  The book that this flick is adapted from was quite good but the follow-up (the only other one I have attempted to read) was disappointing, much like this movie.  I didn’t go into it thinking it was going to be great but I hoped.  The basics of the story is that Odd Thomas lives in a little nowhere town and he sees dead people.  The ghosts appear to him but they cannot speak, only show Odd what he needs to know to help them find rest.  On top of the ghosts, he also sees these creatures called Bodachs.  Kind of evil spirits that are silver in the movie but I’m pretty sure they were black in the book.  I could be wrong, it’s been awhile.  Anyway, these Bodachs start to show up in large numbers and seem to have attached themselves to one particular person in town, leading Odd on a quest to find out who the man is and why these entities are swarming.  Joining Odd is his girlfriend and soul mate Stormy Llewllyn and Chief Porter, who supports Odd as he solves crimes that help spirits move on. As the story goes on, the major crisis finally becomes clear and it is up to Odd to try and prevent it. 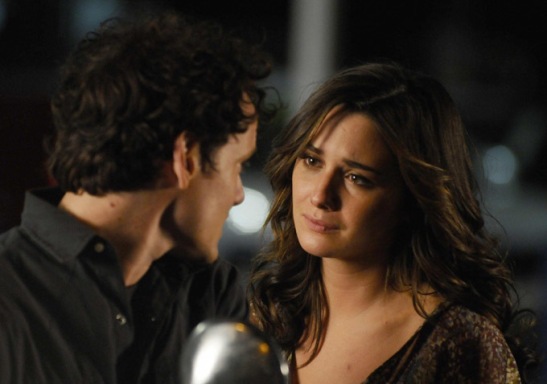 Final Thoughts:  As you can tell, I’m not a fan of this flick.  Maybe my interruption of the novel was different but I didn’t get the impression that Odd was such a happy-go-lucky fellow with his gift, like he is portrayed in this movie.  One of the characters that I enjoyed in the book was Odd’s friend Ozzy who made a very brief appearance and was played by Patton Oswalt.  Again, I might be remembering it differently but I believe Ozzy in the book was a big, African-American man, not a short white guy.  One thing I will give it, is that the flick kept the ending the same, so there’s that.  In the end, I would not recommend this movie and suggest giving it a pass regardless if you have read the book or not.

This entry was posted on May 16, 2014 by Denise in Movie Reviews, Reviews and tagged Bodach, Dean Koontz, horror novel, Odd Thomas.