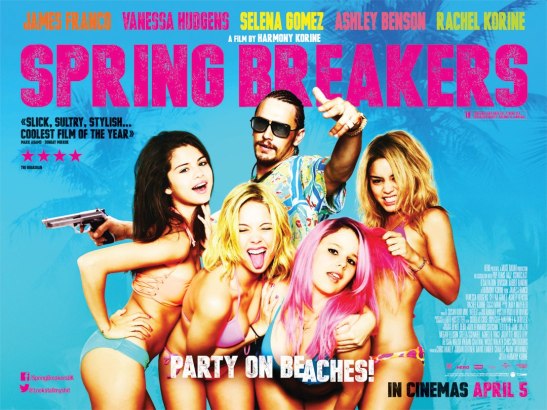 The Gist: Four college girls desperate to get to Florida for spring break bust heads and break laws to get there only to catch the eye of drug dealing bad guy Alien.  They get a new understanding of being bad as they spiral out of control and escape takes on a new and dangerous meaning. 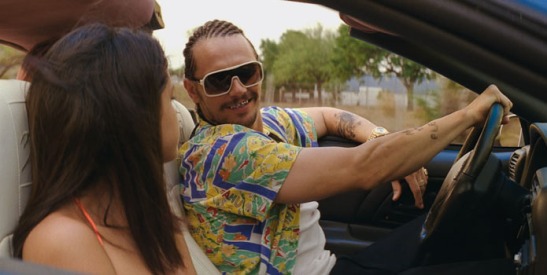 My Take: It was with some reluctance that I watched this movie and after the introduction I was ready to walk away.  Did I really want to watch under age co-eds drinking, screwing and bouncing around naked for an hour and half?  No, no I did not. Then after about 30ish minutes, James Franco shows up and the movie takes a turn to something more interesting.  But really aside from the naked chicks and the lesbian sex scenes, the movie starts out slowly with the four girls, Faith, Candy, Brit and Cotty whining about how boring their lives and stylishly shots scenes of them getting high and prancing about in bikinis before donning masks and robbing a restaurant. 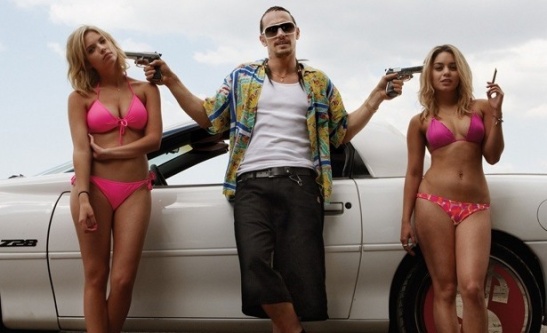 Alright, so that was kind of interesting then they get to Florida and there are more flashy scenes, naked young girls, drinking and drug use before the 4 girls are arrested for under age drinking (shocking).  Enter Alien (Franco) who bails them out and takes them under his wing.  Franco is a great actor and he is brilliant in this flick as he is able to pull off the incredibly creepy and untrustworthy want to be rapper and drug deal.  Much to his surprise however, the girls are just as twisted as him and it’s love 2 or 3 times over. 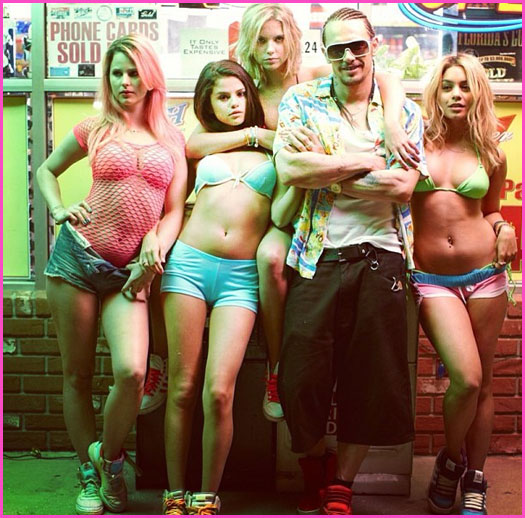 Final Thoughts:  So, I guess from some of my above description it sounds like I am maligning this flick, however once I was able to get past what I believe spring breaks is like and once Franco shows up in all his creepy goodness, I liked the movie.  I guess some of the actresses are shredding their good girl images (Selena Gomez?) but I really have no idea who they are and they are all pretty good in this movie.  I would recommend this flick even though it does lack some substance in story and there are more boobs than brains.  Spring break, spring break, spring break forever……