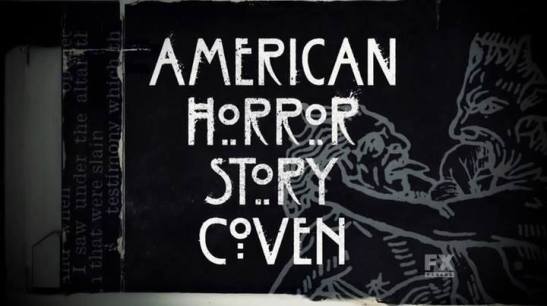 So cold….fingers…numb…can’t type.  Just kidding.  But it has been near record-breaking cold tempers on the west coast of Canada the past few days.  Damn the wind!  Enough bitching, let’s do this thing.

Naturally, there will be SPOILERS 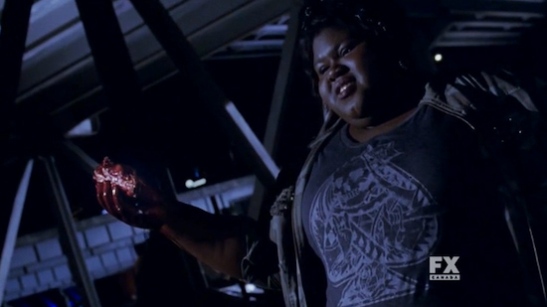 We open up with Queenie taking a late night walk through a homeless community only to be confronted by a would be attacker but don’t worry, Queenie is a bad ass witch and puts the man down with a board and protruding nails just as Zoe and Madison arrive and tell her that the coven needs her.  Queenie disagrees as she opens the man’s chest and pulls out his heart, in the name of Marie Laveau, leaving the young witches stunned.  Sides have been chosen. 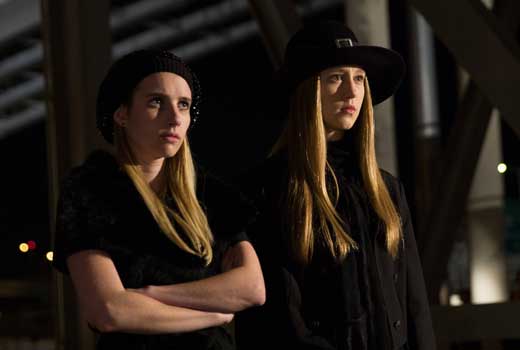 Speaking of choosing sides.  Myrtle Snow is back from the dead and looking pretty good considering she was burnt at the stake a very short time ago.  Misty Day also shows up after being shot at and chased from the Bayou.  With her arrival, it is decided that Misty is the new Supreme and the witches do a ritual, the Sacred Taking, to prepare her to take Fiona’s power but first, Fiona needs to die.  Cordelia and Myrtle begin to hatch their plan to get rid of Fiona, who is not doing well as her cancer seems to have hit full throttle and she is suffering.  The coven uses this, first having Madison confront Fiona and tell her that she is the new Supreme, then Myrtle convinces her that her new lover, the axeman, will leave her because she is dying.  Surprisingly enough, Fiona buys in and takes an overdose of pills.  Or not.  Spalding, now a ghost, tells Fiona she has been tricked and persuades her to expel the pills and remain Supreme. 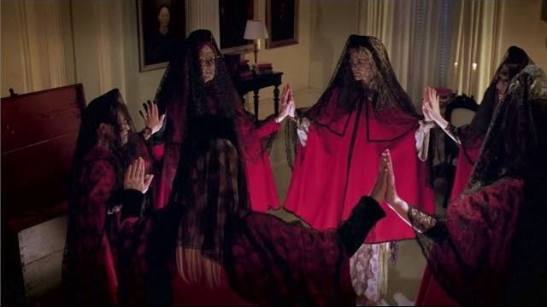 Meanwhile at the neighbours house….Nan’s boy toy, Luke, has gone home after the zombie attack but he probably would have been better off with the zombies.  His Mother is one sick puppy cleansing the boy’s soul with what looked like Comet cleaner and water in an enema bag.  Needless to say there was much screaming.  Nan eventually goes to the house and frees him from confinement in a closet and they run right into his Mother.  What’s that you say, where is Cordelia’s witch hunting, gun-toting husband?  Right outside the house and oddly, he kills the mother and wounds Luke.  After the commotion, Fiona finds a silver bullet casing and watches Misty Day bring the sadistic religious mother back to life. 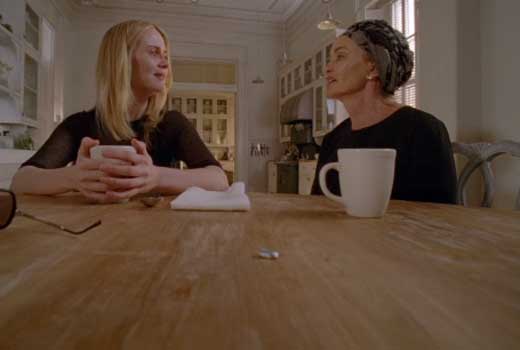 Fiona and Cordelia then have a chat about what has happened, Fiona saying that she is proud that Cordelia finally did something worth praising: plotting her murder.  Fiona tells Cordelia about the bullet and the betrayals are put aside as they realize that there is a witch hunter gunning for the coven, even though it doesn’t make sense that Hank killed the neighbours, clearly missing Nan. 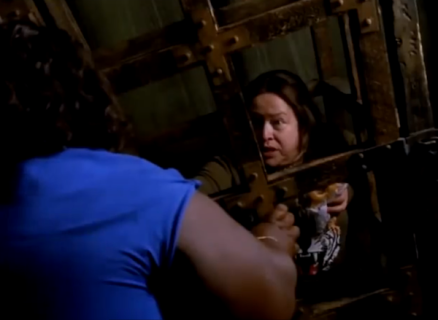 And what of the voodoo queen and Madame Lalaurie.  After Queenie’s late night heart harvesting, she brings Delphine a burger and pisses off Marie by feeding the animal. Delphine goes from meek prisoner in front of Queenie to the bitch she was before she was buried alive, when she is talking Marie.  Delphine figures what is the worse that can happen, get put back in the ground.  Oh no, it can get much worse.  Marie proceeds to cut off Delphine’s hand and as we and Fiona see, beheads her and sends Delphine still living head, to the coven. 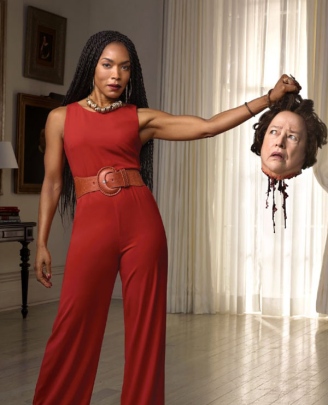 Final Thoughts:  My quick run down should indicate that I didn’t care too much for this episode.  There was nothing shocking or revealing.  I don’t really think Misty Day is the next Supreme and I’m actually wondering if any of them will be.  I don’t get why Hank shot up the neighbours unless he was poorly aiming for Nan.  And the Marie and Delphine thing kind of fell flat for me.  One thing I didn’t mention was Kyle telling Zoe that he loves her while Madison eavesdropped and looked hurt.  Whatever.  The season must be nearing the end and I really hope the answers to the questions of – who is the Supreme, why is Hank such a bad shot and will the witches or the voodoo community come out on top – will be more interesting and enthralling than this last episode.