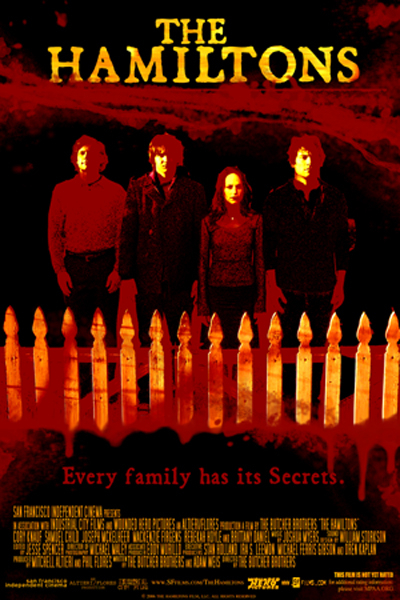 The Gist: Orphaned siblings are trying to put their lives back together and act like a normal family in suburbia after the death of their parents but their frequent relocations have sinister undertones.  Francis, the younger member of The Hamiltons, struggles with his family’s dark secrets while fighting his own battle between right and wrong and the deadly instinct that is starting to manifest from within.  The need to feed. 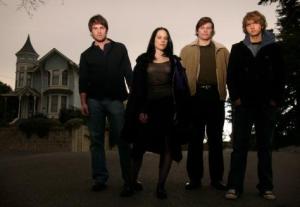 My Take: I decided to watch this after hearing about a movie called The Thompsons, which is the sequel to The Hamiltons.  This movie has some good things and some not so good things. The production has a low-budget feel and appearance and I admit that I almost turned it off after the first 10 minutes because of the low quality.  This is punctuated by some of the acting feeling over exaggerated and the dialogue, at points, being cringe worthy.

I did, however, find the basis for the story interesting.  The family is dealing with the responsibilities of adulthood after their parent’s death and learning to provide for themselves in all things.  As Francis documents his family for a school project, the truth of those responsibilities is revealed as we watch the twins, Wendell and Darlene, go to town on her friend and leave her a bloody mess in a bathtub.  Francis is torn between his family of killers and his true nature and doing the right and moral thing- turning them all into the police.  His struggle is intensified as he befriends a girl that Wendell has locked in the cellar to feed to Lenny and as he tries to fight his deadly true nature.  We don’t actually get to see Lenny or find out the dark details of what the family is and how the siblings became what they are, until near the end.

Final Thoughts: So, what did I think of this movie?  The premise and way the story is told, through the confused and suffering Francis, is what I liked about this flick.  What I didn’t like was the poor production which is emphasized by some bad acting and absurd dialogue.  Yes, I know movies don’t always have the funds for higher quality filming but it still bugs me.  I decided to give The Hamiltons a try because I plan to watch The Thompsons but I wouldn’t recommend it unless you don’t mind low-budget horror and hey, who doesn’t like low-budget horror flicks.

This entry was posted on September 30, 2013 by Denise in Movie Reviews, Reviews and tagged The Hamiltons, The Thompsons, Vampires.