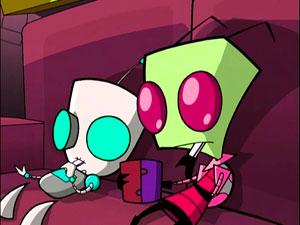 So this post is an annoying “what’s been happening lately” update post featuring a mish-mash of random pics and videos just cause I like the phrase mish-mash.

First interlude (I Wanna) Channing All Over Your Tatum

Now wasn’t that entertaining.  I haven’t been posting very frequently here.  I know I’ve been neglectful to all my many fans (sarcasm) but really, I am aware that I haven’t been writing as much as I should on here.  The past couple of months have been a bit unstable but things are straightening out now and will hopefully be static for a little while.  I was anxious about whether or not I would get a new job and I did get it.  That was the biggest thing weighing on my mind and my creativity.  It’s been a month since I started and I’m still learning and settling in.  This brings a different kind of stress but it’s good.  The new job is good and I’m grateful for the opportunity to be doing it.  That has been a big factor in my absence; dealing with job stuff.

Right, back to it.  What is to come…another big neglect as of late is editing and basically rewriting my novel Chimera.  I’ve hit a part that is just that, an entire rewrite and it’s painful and long and it’s wonderfully fun to alter the fabric of a world and the lives I have created.  But it also kind of sucks.  On top of that, a short story I wrote awhile ago has decided that it doesn’t want to be so short anymore.  A Good Soldier has started to evolve and will go forth into a world of desolation and of course be posted here. The second chapter is edited and ready to go, the third is in production. On that note, I am flirting with the idea of another blog for just fiction writing.  More to come on that front in the future.  Until then, I will continue to post stories here.

My beautiful child Robyn, not so much a child anymore

Aside from work and stories coming back to haunt me, I have been avidly reading the Joe Ledger series by Jonathan Maberry.  I’m on book 2, The Dragon Factory and really like it so far.  And next week I will be in Vancouver at the Supernatural Convention.  Yep, I’m a big geek and I’m going to meet Misha Collins – squeal.  So that’s that.  I’ve been neglectful but I’m still here.  I will have more review goodness coming along soon as the Fall season is quickly approaching and we have The Walking Dead, Supernatural and American Horror Story on the forefront.  Let’s not forget some of the new stuff coming our way as well like S.H.E.I.L.D and Dracula (I’m hoping it will be good but….)  I will be enjoying geekdom next week and hopefully be able to get some good pics from the convention.  Cheers!