Shadow of the Eternals (Video Game) 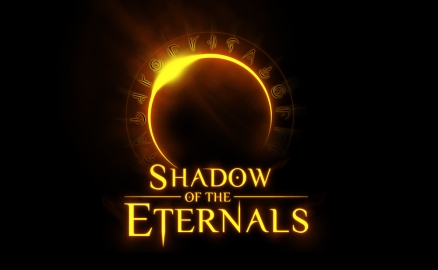 One of my favourite video games is Eternal Darkness: Sanity’s Requiem for the Nintendo Gamecube.  Yep, that’s an oldie but damn, it is good (I’ve played and finished it at least 6 times).  For years there have been rumours of a sequel and fans have been salivating for one to happen and for years there has no sign that one will happen following the departure of Silicon Knights from the game sphere.  Until now.

That’s right survival horror fans, a sequel is being talked about and the funding contributions are coming from you, the fans via crowdfunding.  Ok, so the future of the game may hinge on funding– $1.5 million is the goal – but it’s certainly a positive and exciting perspective that there are already over 1675 people supporting the campaign and over $100,000.00 raised so far.  I know, there is still a long way to go. 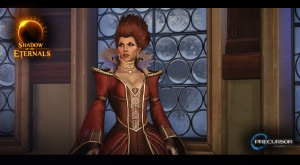 The game is going to be released in episodes ala The Walking Dead, with 12 planned.

“The Pilot episode is slated for release Q3 2014 on the Nintento WiiU and PC.  The emerging studio is taking crowdfunding to the next level by giving the community the ability to contribute content to the game.  Precursor Games has also revealed a campaign video and rewards tier system to go with their $1.5 million dollar goal, including pre-orders and exclusive merchandise.” (Official Press Release)

For any fan of Eternal Darkness this is a chance to help make the long-awaited dream of a follow-up to the game that drove you insane become a reality.  For full details on how to contribute, game trailers and press release video, check it out here.

Contributions begin at $5.00 and go up to $10,000.00 with different rewards offered per contribution level.  I for one am hoping that this gets off the ground and the game gets made.  I have already made my contribution and I’m excited to watch the progress of this campaign over the next 30 days.

This entry was posted on May 7, 2013 by Denise in Games, Reviews, Upcoming Releases and tagged crowdfunding, eternal-darkness-sanitys-requiem, Shadow of the Eternals, Silicon Knights, Survival horror, Video game.