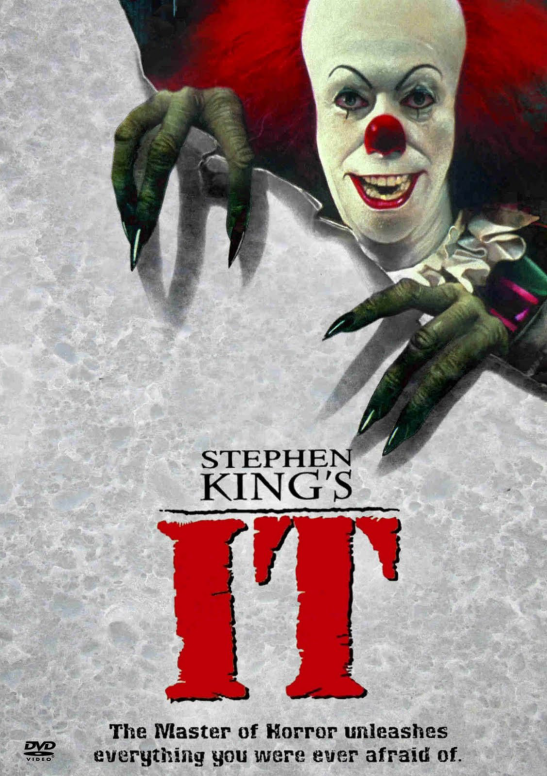 The Gist:  Seven childhood friends are summoned back to the town of their youth as the evil entity that terrorized them has returned 30 years after they thought they had killed It.

My Take:  It has been many years since I’ve seen this mini-series and I remember it fondly and now, it is still enjoyable.  Some of the acting is not great and feels forced and most of this comes from the adult actors portraying the 7 main characters.  The kid actors are really good and their performances are superior to those of the adults. Tim Curry’s role is pretty light but when he is on the screen he is brilliant as the creepy Pennywise; all clowns are creepy anyway. 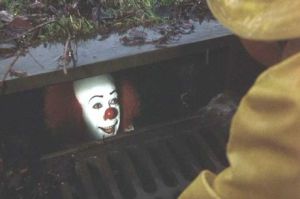 The story is another King classic and it is among my favourites; the first time I read the book, I finished it in 3 days.  So, the kids are terrorized by a clown in a town that is not quite right and knows that something wants its children but no one will acknowledge the secret.  The kids face the beast in the sewers and think they have beaten It but 30 years later, It is back.  The kids are grown-up and have no memory of what happened the summer that the space spider came to town. The longer they are in the town of Derry, the more the memories of the horror come back.  The actual creature kind of looks weird with it’s human eyes and when the remaining group members tear out its heart, well, it’s as cheesy as it sounds.

Final Thoughts:  This was a pretty good mini-series as far as King tales go.  The adult actors are not the greatest (even with some of the more well-known ones) but the kids do a good job in their roles.  Pennywise is well portrayed by Tim Curry and the overall production of the show is quite good.  This is one that I would recommend seeing after reading the book.  The book is better and there weren’t any of the annoying interludes where the group is hanging out and music from the 1960’s is playing, obviously since it’s a book.  Like so many other Stephen King adaptations, go for the book first.  On a last note, there is apparently a remake in the works.

This entry was posted on March 10, 2013 by Denise in King Collection, Reviews and tagged entertainment, It, Pennywise, Seth Green, Stephen King, Tim Curry.