Oh dear…I’ve been lax in my duties but here I am, back to real work.  Up today is the Horror>Creature Features List.  All the slimy essence of corruptions crawling their way from the depths of horrid darkness to tear you to pieces.  Enjoy! 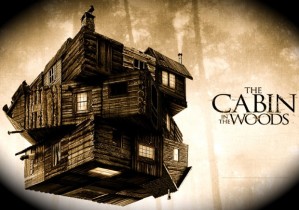 The Cabin in Woods (2011): I can’t say enough good things about this movie.  It was original, fun, scary and stars Chris Hemsworth.  What more could a girl ask for?  I wasn’t sure where to categorize this movie but decided on Creatures as there are many, many creatures in it.  This is the best movie I’ve seen this year because of all the elements listed above.  Pure entertainment.  I don’t want to say too much about it for anyone who hasn’t seen it.  I recommend going in blind on this one and enjoying the ride.  My full review:  https://dawningcreates.com/2012/04/15/the-cabin-in-the-woods-review/

The Mist (2007):  Based on a Stephen King short, the story was really good but I enjoyed the ending in the movie more.  The day after a terrible storm hits a small Maine town (this is a King story remember) a strange and deadly fog rolls in, enveloping the town and releasing terrible, nightmarish creatures hiding in the deadly mists.  This is by far my favourite Stephen King adaptation and in my opinion, the best.  From the story to the production to the cast.  Even featuring the typical King character types, the movie is well done and the actors play their parts well.  Stars: Thomas Jane, Laurie Holden, Marcia Gay Harden, Andre Braugher. 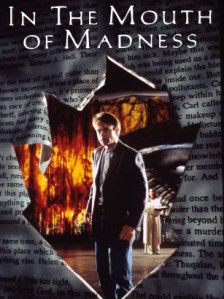 In the Mouth of Madness (1994):  Bestselling horror novelist, Sutter Cane (Jürgen Prochnow), has disappeared shortly before the anticipated release of his newest novel.   His publisher hires insurance investigator John Trent (Sam Neill) to find him.  Trent heads to a fictional small town in search of Cane and finds more than he could have ever imagined finding as the lines between reality and fiction are erased and monsters, ala H.P. Lovecraft, ravage the world.  A good, mind tripping movie with monsters, writers and insanity.  Three things perfectly matched.

The Midnight Meat Train (2008):  Another Creature flick based on a short story but this time it comes from the dark mind of Clive Barker.  A New York photographer trying to make his mark and get that one shot that will propel him into stardom, stalks a man he suspects of being a serial killer in his ill-conceived pursuit.  I think this was the first movie that I saw the lovely Bradley Cooper in and he does a fine job as the ambitious and foolish photographer, Leon.  This is gritty, bloody and wonderful.  I read the short many years ago and it affected me with the imagery and horror; the movie has a much more intense impact as Leon loses all rational thought and so much more on his journey.  Also stars Vinnie Jones as the silent and creepy, Mahogany. 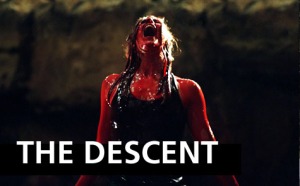 The Descent (2005): A caving expedition goes horribly wrong when an all female group of explorers are tricked into entering a cave that has never been mapped or recorded as being explored.  This is a tense, emotional movie as the women deal with betrayal by one of their own and come face to face with subterranean monsters, fighting to survive and to find the light at the end.

Dog Soldiers (2002): Another Neil Marshall gem (he also direct the above).  This time out, a group of soldiers on a training mission in the Scottish woods encounters the impossible, werewolves, and must survive the night hiding in a farmhouse surrounded by the ravenous creatures.  Starring the brilliant Sean Pertwee, Trevor McKidd and Liam Cunningham, this movie surprised me by being so well done.

The Thing (1982): I actually saw this for the first time last year and I really liked it.  Even though it is 30 years old, I think it has aged well.  A group of scientists in the Antarctic come face to face with an alien that morphs and assumes the appearance pf the scientists as well as the poor, doomed puppies.  Creepy as hell and defiantly has an ick factor.  I’m glad I finally watched this.  I have yet to see the one that came out in 2011 but will get to it when it’s time to clear out the PVR.